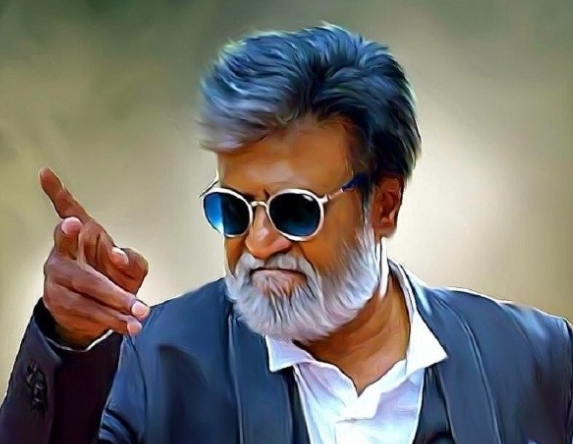 Written by test | Published a year ago

Shivaji Rao Gaekwad (born 12 December 1950), known professionally as Rajinikanth or Rajni, is an Indian film actor who works primarily in Tamil cinema. In addition to acting, he has also worked as a producer and screenwriter. Hailed as Superstar or Thalaivaa (leader), Rajinikanth is one of the most popular actors in South India.[3] As of 2019, Rajinikanth has won six Tamil Nadu State Film Awards—four Best Actor Awards and two Special Awards for Best Actor—and a Filmfare Best Tamil Actor Award. The Government of India has honored him with the Padma Bhushan (2000) and the Padma Vibhushan (2016). He received the Chevalier Sivaji Ganesan Award for Excellence in Indian Cinema at the 4th Vijay Awards.[4] At the 45th International Film Festival of India (2014), he was conferred with the "Centenary Award for Indian Film Personality of the Year". At the 50th edition, he will be honored with the Icon of Global Jubilee award.[5]

Rajinikanth began acting in plays while working in the Bangalore Transport Service as a bus conductor. In 1973, he joined the Madras Film Institute to pursue a diploma in acting. Following his debut in K. Balachander's 1975 Tamil drama Apoorva Raagangal, his acting career commenced with a brief phase of portraying antagonistic characters in Tamil films. He had his first major role in Balachander's Telugu drama film Anthuleni Katha (1976), and got his breakthrough in Tamil with Moondru Mudichu (1976)—also directed by Balachander. His style and mannerisms in the latter earned recognition from the audience.[6] In 1978, he received critical acclaim for his roles in Mullum Malarum and Aval Appadithan; the former earned him a Tamil Nadu State Film Award Special Prize for Best Actor.[7] He played dual roles in the action thriller Billa (1980), which was a remake of the Bollywood film Don (1978). It was his biggest commercial success to that point and gave him the action hero image.[8]

The Suresh Krissna-directed Baashha, in which Rajinikanth played a crime boss, was a major commercial success in his career and earned him a 'god-like' status in Tamil Nadu.[9] Later that year he acted in K. S. Ravikumar's Muthu, which was dubbed into Japanese.[a] In Japan, the film grossed a record US$1.6 million in 1998 and was largely instrumental in creating a fan-base for Rajinikanth in the country.[11] Padayappa (1999), his second collaboration with Ravikumar, went on to become the highest-grossing Tamil film to that point.[12] After earning ₹26 crore (equivalent to ₹63 crore or US$8.9 million in 2019) for his role in Sivaji (2007), Rajinikanth became the highest-paid actor in Asia after Jackie Chan at the time. He played dual roles, as a scientist and an andro-humanoid robot, in the science fiction film Enthiran (2010) and its sequel 2.0 (2018), both being India's most expensive production at the time of their release, and among the highest-grossing Indian films of all time.[b]